CODESYS is an integrated development environment that is in conformance with IEC61131-3, international standards. It is a cutting-edge PLC application development tool that has been used by more than 350 controller manufacturers and over tens of thousands of end users in various industries around the world. 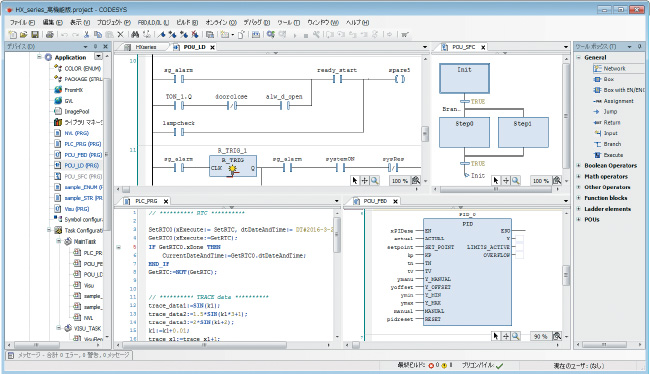 Enabling you to select from five languages in conformance with IEC61131-3, according to the intended purpose and the programmer’s skills

A graphic language based on relay circuits. It is suitable for bit operations, such as interlock processing.

A graphic language that makes it easy to see data and signal flows.

A text language based on PASCAL. It is perfect for uses that are not handled well by LD, such as branching, repeating, and numerical operations. 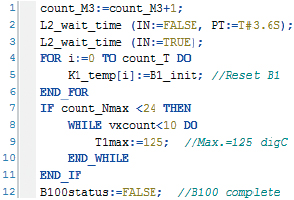 An imperative (mnemonic) text language for conventional PLCs.
It is suitable for high-speed operations and short programs. 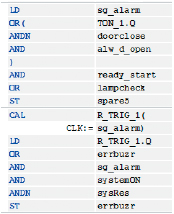 A graphic language that can express status transition. It is suitable for processing progress. Programs at each step are described in LD, FBD, ST, and IL. 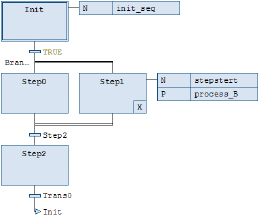 A graphic FBD editor with no restrictions on POU layout and connection. It is possible to give feedback from output to input (non IEC61131-3 language).

It is possible to create a hierarchy of programs and function blocks. This enhances the readability of application programs, and improves the stability, and as a result enhances effi ciency in application development.

Convenient and usable commands are incorporated into the standard library; for example, in addition to standard commands in conformance with IEC61131-3, PID and various conversion commands.

Convenient functions enhance the effi ciency of programming and debugging. 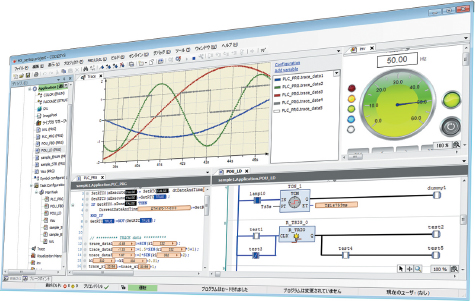